Scouring public financial documents for information can be a true test of will, with countless pages of numbers and jargon battling to lull a reader to sleep at every glance.

idaciti, a Denver-based startup, is launching a software product today that it contends will do that difficult research for you, while also presenting the findings in an interesting and accessible manner. With the product, an online financial services tool, idaciti is targeting executives, investors, analysts, and others who want a less painful method of obtaining financial information like a public company’s earnings or trends occurring in a specific industry, according to founder and CEO Emily Huang.

A user of idaciti can search the company’s database based on a given industry or sector, as well as various other performance indicators. That provides the founder of a startup, for example, the ability to study the industry’s larger public peers in order to create a baseline for the company’s own financial goals, Huang says. idaciti’s platform is able to identify details in the filings that otherwise might go unnoticed, she contends.

idaciti’s software imports public data that companies are required to file with the SEC—typically on a quarterly and annual basis, but sometimes otherwise—and uses machine learning to create “business rules” that the software can adhere to when collating and organizing the data. It’s a process that Huang calls normalizing the data—essentially making sure that something as basic as revenue is the same in its system when Company A provides its finances as when Company B does.

Subsequently, idaciti’s technology might be able to recognize something as controversial as a company that misreports its numbers (for example, that its profits came outside of the U.S. when they didn’t) or as simple as the top-selling pharmaceutical drug in the world, Huang says.

“idaciti wants to make the data very useable,” Huang says. “If I want to look at the liquidity of banks or the profitability of the airline industry, OK, ask it the question. It’ll show it to you.”

idaciti of course isn’t the first to offer insights into immense amounts of financial data. Entrenched companies such as Bloomberg, Thomson Reuters, and Standard & Poor’s have made providing access to details about the financial markets a multi-billion dollar business. The information is also free and readily available through the SEC’s online tool, Edgar, if you have the patience and basic business knowledge to read a prospectus.

Huang contends that her focus is different from those larger, more established data providers, which charge thousands or tens of thousands of dollars for their reporting. idaciti will cost individual users, who might range from corporate executives to buy-side analysts to an average investor, about $6,000 a year.

“It’s really about taking this data, getting inside, and tying things together using compelling narrative,” Huang says. “When people are reading it, you know what you’re talking about, it’s not just a whole bunch of numbers jumbled together.”

idaciti is Huang’s second fintech startup, and her second that focuses on SEC information. In 2003, she co-founded Rivet Software, a Denver company that helped public businesses prepare and file regulatory documents with the SEC. Rivet began helping its customers file an interactive data version of its regulatory documents, known as XBRL filings, with the SEC after that became a requirement in 2009. That interactive data is what idaciti’s software works with.

Huang expects the company to expand to other countries, in particular China, where she intends to visit soon. She also hopes to extend the product’s uses to tracking how governments spend tax money.

Individual users may only make up about 20 percent of idaciti’s business, Huang says, and she expects sales to begin in March. Huang says she hopes the majority of the company’s revenue will come through white-label partnerships with financial or software companies such as SAP, which it is exploring a deal with.

idaciti has raised approximately $700,000 since its founding in 2015, including from Salt Lake City, UT-based Kickstart Seed Fund in 2015. While raising money will be necessary at some point, idaciti does already have some revenue coming in, Huang says—from the SEC, of all places. The company is building a version of its technology specifically for the SEC, which Huang says may be complete this year. It will be a tool to help the SEC monitor how stable the market is and potentially detect fraud, she says.

Other publicly available information may be on Idaciti’s platform soon, from clinical trial information on drug testing to sustainability statistics about the airline industry, Huang says.

“It’s not a sexy technology to build. It’s compliance,” Huang says. “Why don’t I build a platform to make this data useable so now everybody can start getting the benefits from this data set. That’s sort of the idea of starting Idaciti, which comes from the word audacity. It’s about dare to share.”

David Holley is Xconomy's national correspondent based in Austin, TX. You can reach him at dholley@xconomy.com. 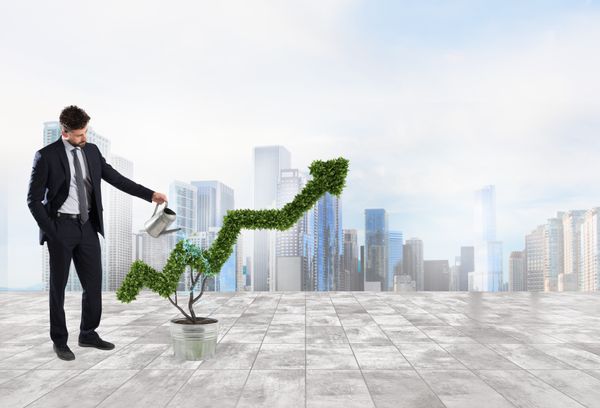 Small businesses considering an IPO, merger or acquisition, have to do their due diligence. idaciti is able to provide this information inexpensively and on a timely basis because it draws in freely available XBRL-formatted data from public companies, large and small.