It is of no surprise that during these turbulent times of COVID-19 that corporations are pulling back on their spending, conserving cash and reserves, as well as unavoidably engaging in rounds of employee layoffs. The pandemic hit the U.S.'s shores during the early Spring this year when many companies were finalizing the pay structure and performance goals for the fiscal year 2020.

Many companies are faced with balancing competing responsibilities to various stakeholders. Has executive compensation escaped part of the swathe of corporate cuts?

A Harvard University survey of 120 companies during the late March-early April period found that many companies at the time were delaying pay determination until there was further clarity surrounding the impact of the evolving crises. If any action was taken, it was done out of necessity to preserve cash and primarily taken by companies in industries severely impacted by COVID-19.

The critical factors to consider on an ongoing basis included:

(1) the importance of timely and effective communication to increase transparency and alignment with key stakeholders;

(3) the establishment of key principles that would tie discretionary compensation decisions back to the business context.

Are We All in This Together...or Just a PR Exercise to Symbolically Share the Pain?

This is at a time while the same companies are furloughing or laying off employees. Other cynics suggest that companies are engaging in a PR exercise to reduce salary and are using this as a signaling mechanism for their corporate 'altruism'.

This cynicism is not surprising.  A recent survey conducted by Stanford University professors indicates that the American public has negative CEO pay opinions due to a general perception that a large portion of firm value creation and performance is not attributable to the CEO. Moody's Investors Services recently suggested that companies that increase equity awards for CEOs during the pandemic unveil poor governance and may expose themselves to subsequent reputational risks.

However, high CEO compensation defenders suggest that the high CEO pay is justifiable due to the demanding nature that the job now requires and extends beyond merely "running the company."

For example, CEOs must navigate their more globalized companies through supply chains that extend beyond many borders, while at the same time striving to be on the cutting-edge of technology in their respective industries. It takes a unique set of skills, and more importantly, corporate savvy at a time like this to navigate the tumultuous Covid waters .

Although the full impact of COVID-19 on executive pay for 2020 will not fully reveal itself until the proxy season in 2021, we may have some early signs now of companies taking a position on executive compensation for the fiscal year 2020. Using idaciti's Disclosure Research application, we were able to identify a few such examples.

Despite strong financial results in 2019, Lululemon’s compensation committee approved no compensation increases for any of the named executive officers for the fiscal year 2020 (except a new hire).  Additionally,  the senior leadership team, including named executives, will reduce their salaries by 20% for the first quarter of fiscal 2020, while members of the board will also forego their retainer for the same period. The cost savings from these compensation reductions will establish a fund to help employees affected by Covid-19.

As part of an expense-reduction program in response to Covid-19, the compensation committee approved a 50% base salary reduction for FY 2020 and will consider restoration of base salaries in Q2 of 2021.  The maximum opportunity under the short-term incentive awards will be capped - the payouts are capped at 150% of the target benchmark compared to 200%. The company is rolling back its long-term incentive equity award mix to 50% performance-based shares and 50% stock options to more closely align the interests of executives with that of shareholders who have experienced a loss in total shareholder return due to the pandemic.

The pandemic has severely impacted the global travel and tourism industry.  Playa Hotels & Resorts, N.V., an operator, developer, and manager of all-inclusive vacation resorts, suspended operations in many of its resorts.  As part of an expense-reduction initiative, executives at the company took cuts in base salaries ranging from 30-100%, with the CEO foregoing salary altogether for 2020.

On April 6, 2020, Abercrombie & Fitch Co. announced that it would furlough store employees in North America and EMEA, temporary work reductions, and a corresponding pay reduction of 15% of corporate associates unable to operate at full capacity.  Simultaneously, the company also announced temporary salary reductions ranging from 10%-33% for employees holding positions of Vice President and upwards, including the named executive officers.

On September 2, 2020, in an 8-K Item 5.02 announcement, the company announced that the majority of the company’s stores had re-opened and that the salaries of the corporate associates and associates at Vice President level and above were restored to their full base salaries since July 6, 2020.  The compensation committee also voted to restore the fiscal 2020 base salaries of the named executive officers and the CEO by 100% before the temporary reduction, effective August 19, 2020.  The company had strengthened its cash flows position and effectively managed expenses to align with expected sales.

In these unprecedented times, executive compensation has come under a brighter spotlight than usual. While the debate on executive compensation continues on both sides, we see some companies lead by example to re-allocate wealth from executives to their employees impacted by COVID-19. We are also witnessing compensation committees acknowledging the wealth loss incurred by shareholders due to the pandemic and re-aligning the long-term interests of shareholders and executives navigating through the pandemic's challenges. Finally, as some companies' operations come to a halt, we see CEOs not drawing a salary for the year. At the same time, we are also seeing companies restore temporary executive salary cuts to pre-COVID levels when company performance indicators are back on track.

Ensuring congruence in executive and shareholder incentives during these volatile times is not an easy task. We will continue to monitor executive compensation trends closely as the pandemic unfolds and watch what they do and not just what they say. 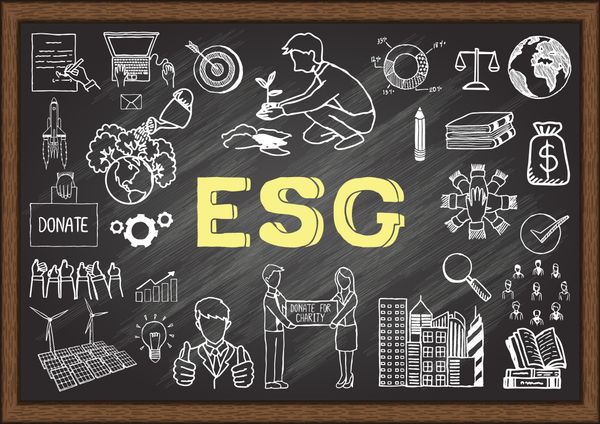 Try idaciti applications for free and see for yourself how you can access audit fees and other corporate-governance related data points.

idaciti stories
—
Watch What They Do, Not What They Say - Executive Pay in the Pandemic
Share this